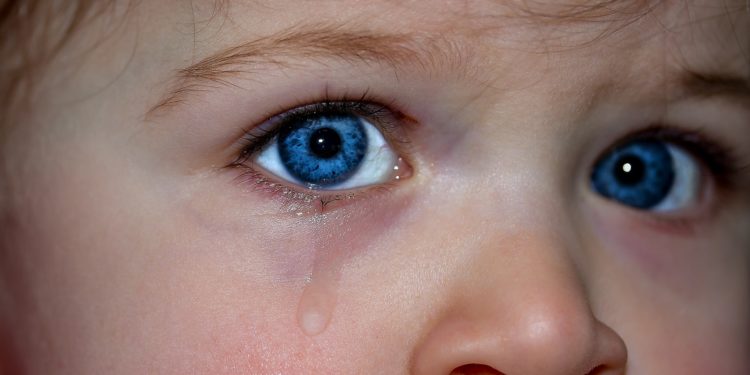 We have almost all experienced this when we were children and have probably experienced it as a parent. Forcing a child to eat things they don’t want. People do it everywhere because they think they know best when most often they do not. Most of the time when you force a child to eat or eat something they don’t want, you are doing much more harm than good, physically and psychologically. Do you really want to damage your child and cause future problems? Here are some things you should know.

There is usually a reason

Most of the time your child doesn’t want to eat or doesn’t want to eat something specific, there is a reason. It might not be one you understand, but it is a reason that makes full sense to them. Forcing them to eat something they don’t like is as much punishment as spanking is to them, even though you don’t see it that way. Find out why they don’t like it, and try and understand.

Just because you like something doesn’t mean a child will. As an adult, there are lots of foods you don’t like. You never eat them, why? Because you are an adult and don’t have to. What if your wife or husband made a food you hate, and don’t eat, every day, and just said you should like it and they don’t understand why you don’t? They make you sit there and yell at you to eat it, how would you feel? As an adult, you would yell back and tell them no, but as a child, you don’t have that option. So, put yourself in their shoes, even if you love what they don’t want to eat, replace it in your mind with something you won’t eat and ask yourself how you would feel. Escargot anyone?

There are also some genetic keys that change how different people taste things. An example of this is Cilantro. Some people love it and have no problem with it, but some have a genetic marker that makes it taste like soap. Why? It just does. So, people either have no problem with it or hate it. So, again if your wife loves cilantro and you hate it, it is fair of her to keep putting it on your food?

Kids are not adults

Kids are not adults, as obvious as this is, people forget it. You treat them like kids in the most way, but at the table, you expect them to be adults. When you were a kid, did you try coffee? It was awful, but as an adult, you probably can’t get through the day without it. Tastes change as you get older, so don’t expect them to have adult tastes. They can still eat vegetables, but let them choose what vegetable they like.

Forcing a child to eat when they don’t want to is almost child abuse. Yes, we said that, as stupid as it might sound. You are teaching them all the wrong things that will follow them through life with problems. Kids have cues that tell them when they are full and when to eat, they listen to them. You stopped listening to yours a long time ago. A child should never have to unbutton their pants as they ate too much, as they would have stopped eating a long time ago. You on the other hand, probably overeat a lot as your stopped listening to your stomach cues. Do you want your child to be obese now and later? Then teach them to ignore the stomach cues for being full. That’s how you make an obese child.

Don’t make a food negative. “If you eat your greens you can have ice cream” as an example. What you are doing is telling them that greens are bad, as they need ice cream to overcome them. As good as ice cream is, is as bad as you are making the greens out to be. If they don’t want to eat their greens, make them a different way, or make different greens, or better yet, get them involved in the shopping and cooking and ask them what they want to try.

As an adult, we think of this as stupid, but as a child, it’s not. Tastes and textures are a much bigger issue when you are a child. If a child doesn’t want to eat something, ask them why, just don’t discount what they say and overpower them. Again, forcing them to eat something they do not want is a torture; imagine you being forced to eat monkey brains or some other things that sound particularly awful. It can often be of that level for a child, even if it is a joke to you.

Dysfunctional Sensory Integration is a real thing, it can be hypersensitive to taste, or the opposite, same as smell. Some children, if they are sensitive can taste things a lot stronger than you by far. So something mild to you might be awfully strong to them. Again, forcing them to eat it is a torture. The opposite is also true, though not generally a torture. Children that love spicy foods may not have the sensitivity and can’t taste as well as a normal child, so they are craving more. The hypersensitive one though is the one to worry about, they usually are called picky eaters, sometimes it is a good idea to get them tested so you can understand them more.

As with hypersensitive eaters, there might be some things they don’t like, or can only focus on one thing at a time, I am sure that you have had your kids tell you they don’t want foods to touch on their plate. You might think it silly, but to them it’s serious. They will grow out of it, but there is no need to force them too early. So get a divided plate, and live in a bit more peace.

Don’t force a child to eat something they don’t like. But you want them to eat healthily you say? well, there are ways to have them eat healthy without having to force them. Contrary to popular belief there is more to what a child likes than chicken nuggets. Find out why they don’t like things, get them involved in the food selection process, cook for them not for you. They are a child but respect their opinion, and imagine what it would feel like if you were in their shoes with something you hated. Sorry, it gets us a bit worked up, but it is something that should be taken seriously. Go by a school sometime and look at how many obese kids there are. Those kids are going to die early and have social problems because their parents forced them to eat past where their body said not to. Seriously people, think of the children.

14 interesting things you should know about ...